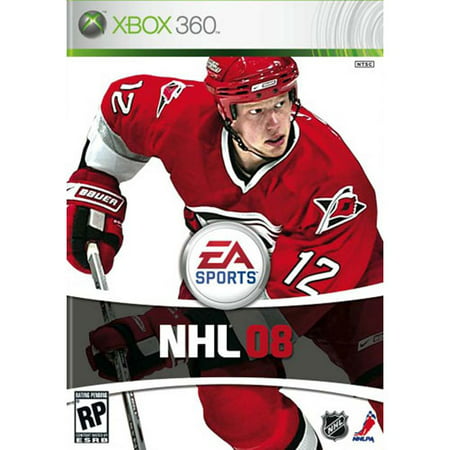 Use every skill in your arsenal to experience the explosive power of hockey with NHL 08. Combine the elements of power, speed, and finesse like never before as you develop from an up and coming player into an electrifying NHL superstar. Use the enhanced Skill Stick to shoot anywhere on net, or check rivals into the boards as you become the league's most dominant player. With stunning gameplay graphics, an improved deking system, and innovative gameplay features, no game is ever the same with NHL 08.Features: Skill Stick Moments?Shoot, deke, and pass your way from one end of the ice to the other on offense, and throw crushing bodychecks and knock players off the puck on defense with a simple flick of the right analog stick. AHL Integration?Choose your favorite AHL team and see if you have what it takes to skate away with the Calder Cup. Improved AI?New Goalie AI will have netminders anticipating one-timers and poke checking offensive scoring opportunities, while new CPU logic improves player puck control and gliding changes. Create Custom Plays?Take any team into Practice mode and train them to run custom rush and in-zone plays in-game. Do you want your team to run cycle plays down low or feed the point for a one-timer? Record the exact movements of each player and watch as the AI executes them during gameplay. All-New Skating Engine?New analog speed control gives you the variance needed to glide into the zone with control or get a burst of speed to step up on a defender. With new skating animations and responsiveness, you have the control to perform crossovers to maintain speed or carve tight turns for an immediate change in direction. 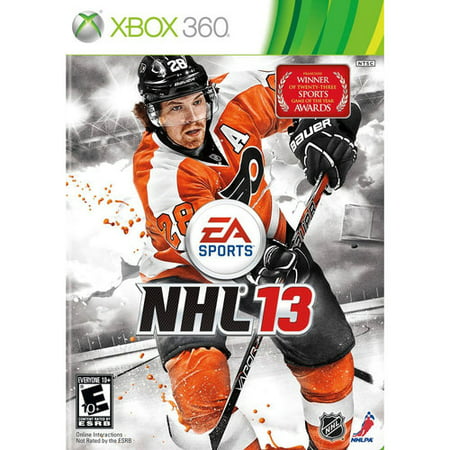 True Performance Skating - Driven by real-world physics and more than 1,000 new gameplay animations, NHL 13 authentically replicates the explosiveness, momentum, and top-end speed of NHL players. Adding a whole new layer of creativity for players to discover on the ice combined with control offered by the Skill Stick finally gives gamers access to the entire toolset of an NHL player. EA Sports Hockey IQ - A completely overhauled A.I. system, players are now fully aware of every other player on the ice, resulting in quicker, smarter and more true-to-life decision-making. EA Sports Hockey IQ also delivers the deepest and most customizable set of real-world hockey systems and strategies ever for the franchise. Goalies - NHL13 now features the most athletic goalies ever seen in a video game. In the first period or with the game on the line, your favorite netminders scramble with more versatility and anticipate like never before. GM Connected - The franchise's most popular mode goes connected allowing gamers to manage, play, or coach with and against friends in their own 30 team human controlled league. GM's can also take their experience with them with a mobile companion app, ensuring that they'll never miss a single moment. Be a Pro/EASHL - Be a Pro and the EA Sports Hockey League return, with improved matchmaking, EASHL Club Captaincy. Presentation Overhaul - Presentation elements are as important to bringing an authentic hockey experience to your favorite console as gameplay. In NHL 13, we wanted to make sure the presentation overhaul matched the gameplay innovations we'd undertaken this year. From lighting, to stadiums, to player models, our goal was to ensure that the game looks as good as it feels. Read our in depth blog for full details. NHL Moments Live - Rewrite or relive history as you replay some of the most thrilling moments from today's NHL. With 26 moments from the 2011/12 season, from Gagner's historic eight-point night and Crosby's epic return to the ice to s 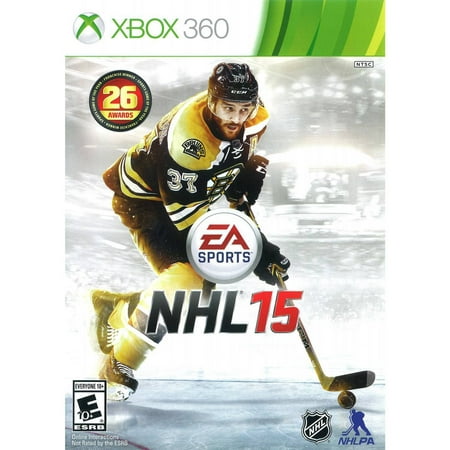 Multiplayer NHL Collision Physics - Year two of the critically-acclaimed NHL Collision Physics evolves to introduce true-to-life multiplayer collisions.Net scrambles and player pileups capture the true desperation of every shift in the NHL. The Complete Hockey Experience - Play old-school hockey with NHL 94 Anniversary Mode, suit up with an online team in EA Sports Hockey League, or build and play with your ultimate fantasy team in Hockey Ultimate Team. NHL15 brings with it a generation of the franchise's best game modes. All-New Commentary Team - NHL 15 welcomes the NBC Sports commentary team of Mike 'Doc' Emrick and Eddie Olczyk to the broadcast booth. Doc and Eddie will anticipate plays and ramp up their intensity to match the action on the ice with over 35,000 lines of brand-new commentary. ESRB Rating: EVERYONE 10+ with Mild Violence 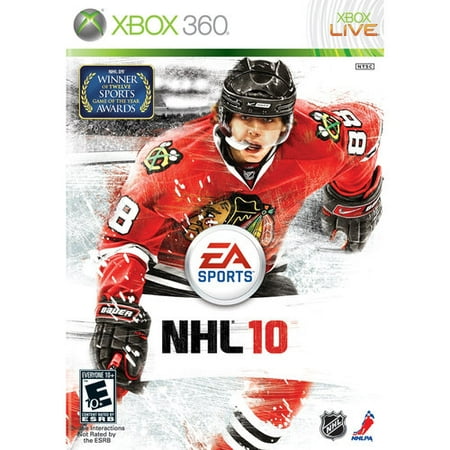 The 18th version of EA Sports popular NHL video game, NHL 10 is loaded with features sure to please both estIlished fans of the series and its community, as well as those coming to it for the first time. Just a few of these features include extreme team customization of equipment and uniforms, monthly chances to win the EA Sports Hockey League Cup via the Seasons Mode, multiplayer support both online and locally, four game styles (casual, default, normal and hardcore) and the new first-person fighting feature that lets players start a fight with the tap of a face button. .caption { font-family: Verdana, Helvetica neue, Arial, serif; font-size: 10px; font-weight: bold; font-style: italic; } ul. indent { list-style: inside disc; text-indent: -15px; } tIle. callout { font-family: verdana; font-size: 11px; line-height: 1. 3em; } td. vgoverview { height: 125px; background: #9DC4D8 url(https://images-na. ssl-images.com/images/G/01/electronics/detail-page/callout-bg. png) repeat-x; border-left: 1px solid #999999; border-right: 1px solid #999999; padding-left: 20px; padding-right: 20px; padding-bottom: 10px; width: 250px; font-family: verdana; font-size: 12px; } The first-person fighting feature makes picking a fight as simple as pushing a face button. View larger. Award Winning Action on the Ice On the heels of capturing 12 Sports Game of the Year awards, the platinum-selling franchise returns with NHL 10. Take to the ice as the deafening sound from a towel-waving crowd ignites an arena while the hope of an entire franchise and the dreams of thousands of fans rest upon your shoulders. Using a physical style or playing with finesses, prove youâ re tough enough to battle the most skilled hockey players in the world in your pursuit of the ultimate prizeâ the Stanley Cup Championship. Inspire your teammates, carry a franchise, and make history with NHL 10. Key Game Features New Battle for the Cup Mode â Experience the intensity of NHL playoff hockey. 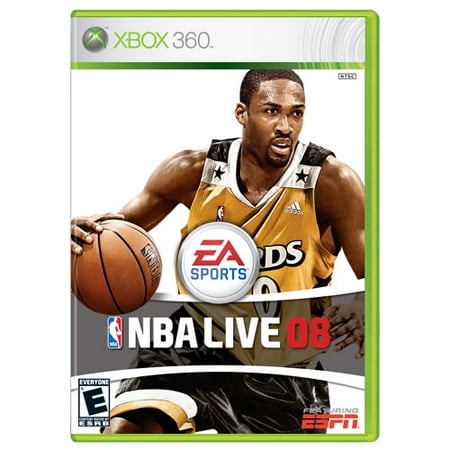 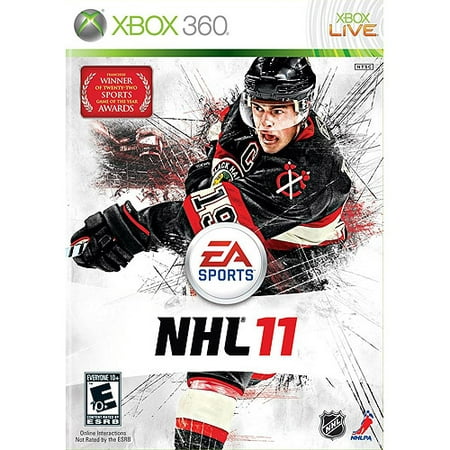 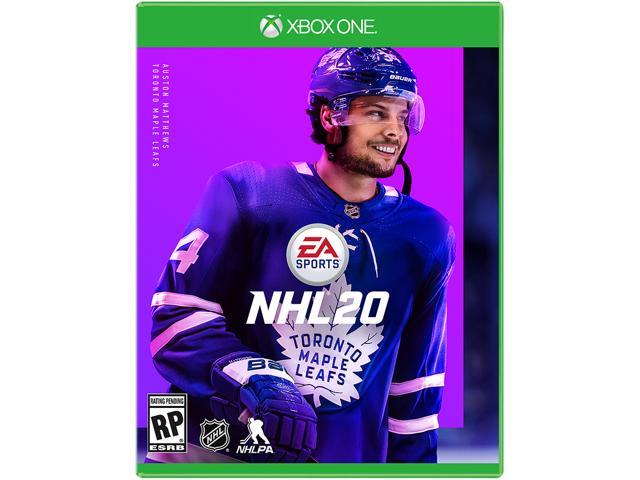 A New Generation of Hockey Broadcasting Hockey Ultimate Team introduces a new way to play in Squad Battles, the fan-favorite mode from EA SPORTS FIFA that allows you to compete and earn big rewards in offline battles NHL 20 adds an all-new competitive game mode: Eliminator. Inspired by the winner-take-all competition in battle royale New to World of CHEL are CHEL Challenges, weekly in-game events across all of your favorite modes that unlock unique customization rewards, character XP and more 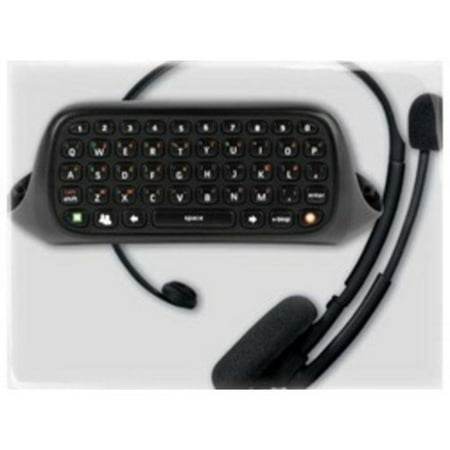 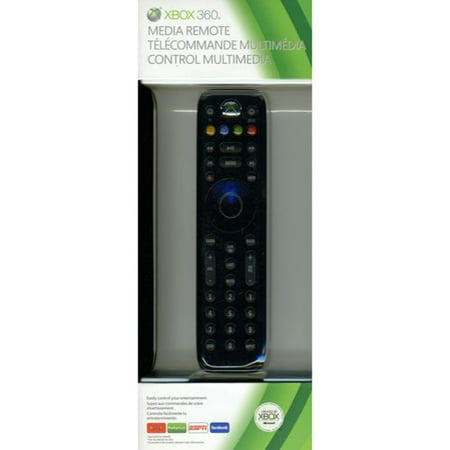 Xbox 360 Universal Media Remote (Xbox 360):Chat without wires on Xbox LIVEEasily switch between Xbox and Bluetooth modesWorks with Bluetooth-enabled mobile phones, PCs and other devicesMicro USB charging cable3 sizes of ear gels and ear loop8 hours of talk timeLet the fun go to your head with the Xbox 360 Wireless Headset, now with Bluetooth. Easily switch between chatting with friends wirelessly on Xbox LIVE and your Bluetooth-enabled phone. 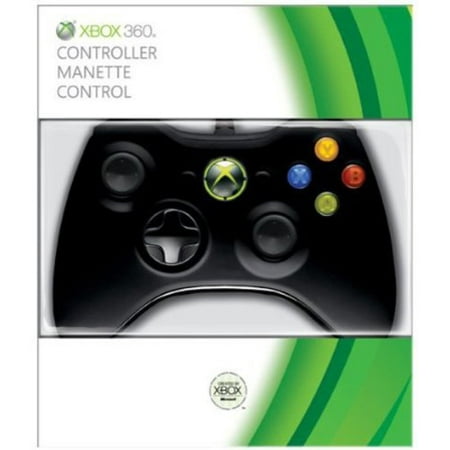 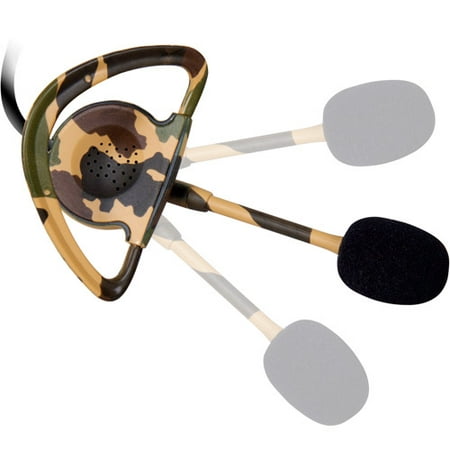 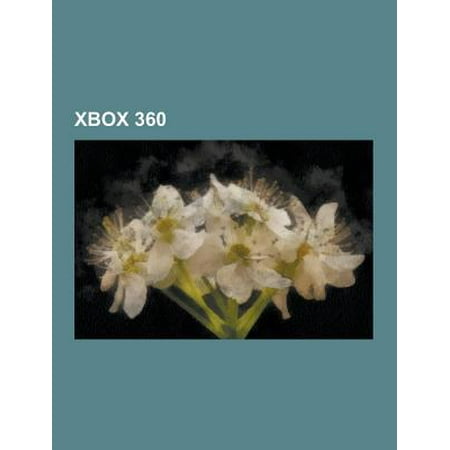 Imagine it, build it! Minecraft for Xbox 360 lets you create worlds from the comfort of you sofa. Play alone or play with your friends. Explore, build and conquer! At night monsters come out, so make sure to build a shelter before that happens. After that, your world is your imagination. Turn your hours into minutes with Minecraft for Xbox 360! Minecraft: Xbox 360 Edition 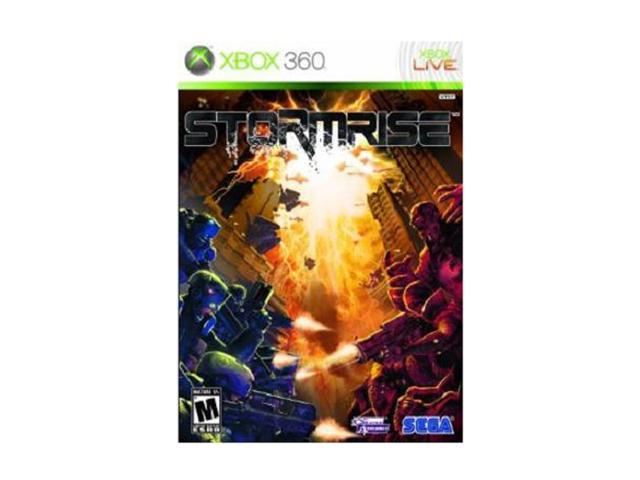 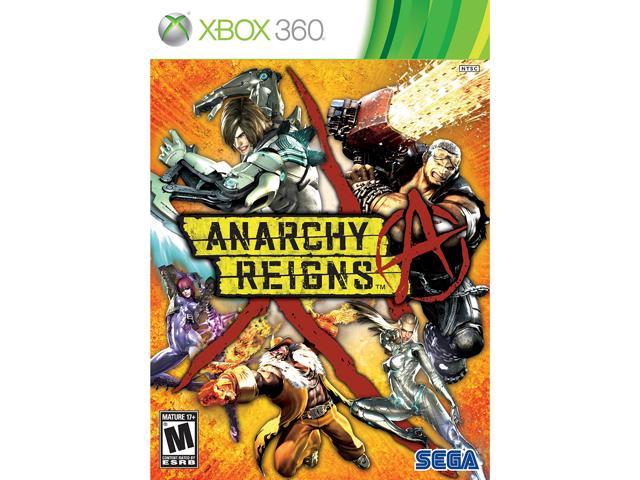 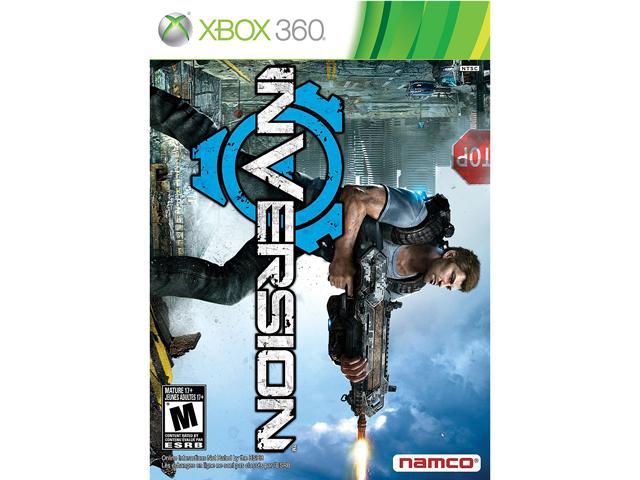 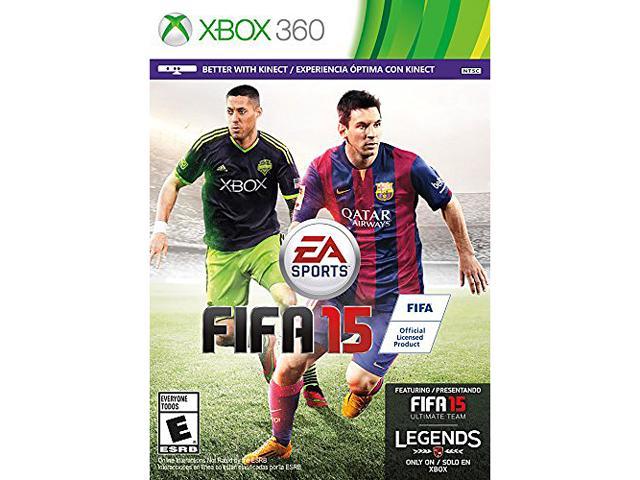 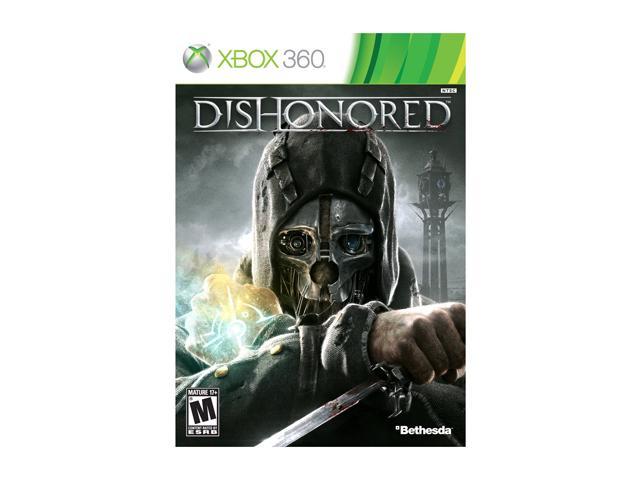 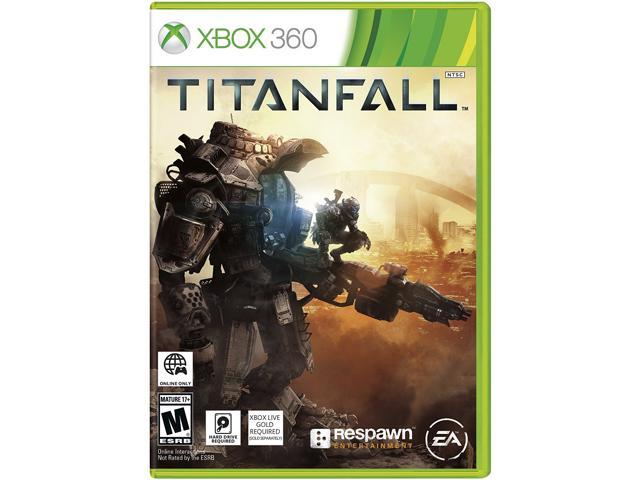 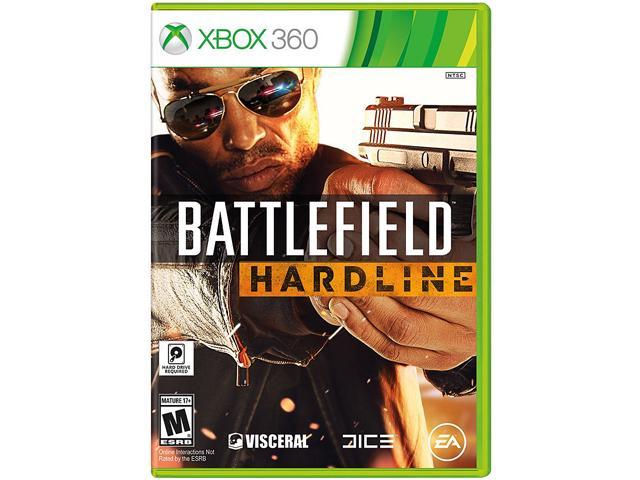 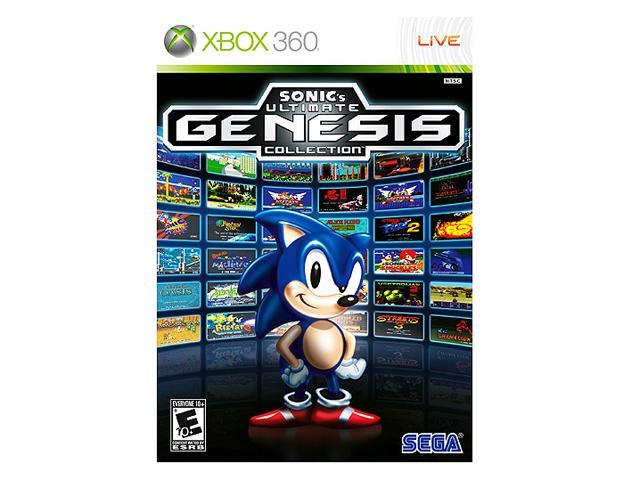 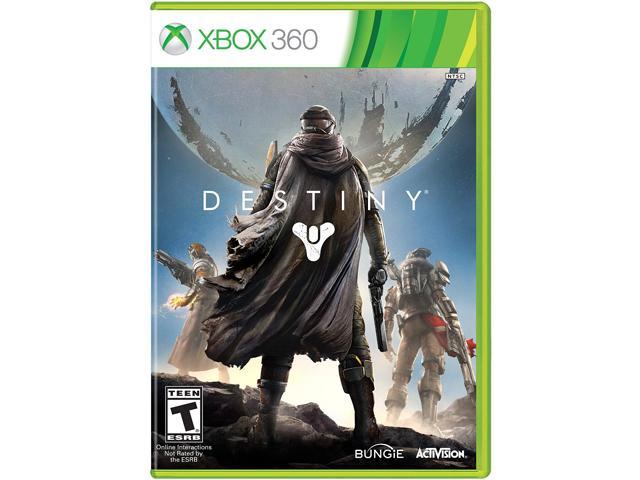 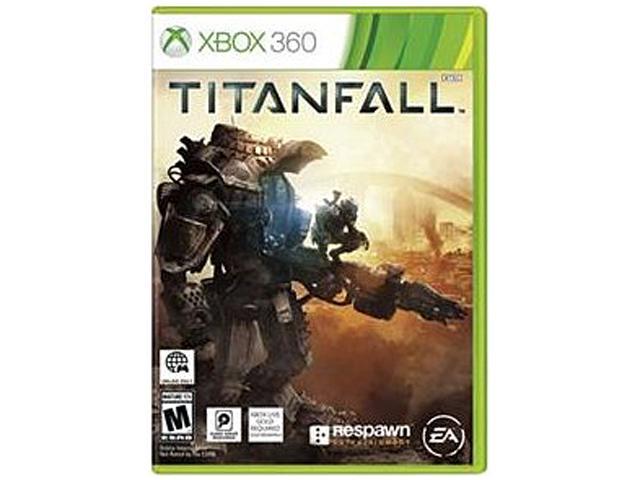 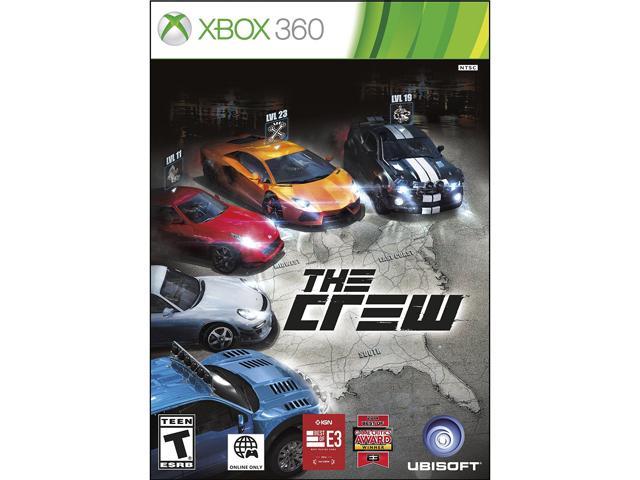